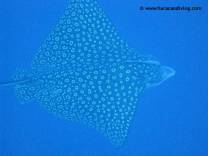 Most Popular Pictures All

Custom Search
Best Dive Movies
Best Dive Photos
Best Dive Sites
Free Subscribe
, if you would like to give Greatest Dive Sites permission, only by request, to upload dive items to your FaceBook account and visa versa.

Belize is one of the few remaining gems of the Caribbean Sea where life has kept its unrushed pace.

Take a look at all the pictures!

Recent diving activity from our members

Movies Drew White
Video Dive Site Turneffe Islands Atoll
Maximize
Great Blue Hole:
The origin of Blue Hole dates back to an ice age about 15,000 years ago. Enough sea water was frozen in glaciers during ...
Messages Leah Hamblin
Playground:
Dive the Playground and you will find fish wherever you go.
- Middle Caye Wall
- Gorgonian Forrest
Dive Sites Leah Hamblin
Diving with my girlfriend Brigitte as buddy.:
This was the first dive Brigitte and I did together as buddies. With her dive shop she went to a local reef just outside...
- The dive site Aquarium at Long Caye...
- Half Moon Caye Wall Belize...
Logbook Lars Hemel
South Gallows Point:
South Gallows Point
- Wreck Barrier Reef
- Trap Door
Dive Sites Aldo Perez
Half Moon Caye Wall:
Half Moon Wall is incredible. The vertical wall at times cuts back in on itself, displaying many interesting features. S...
Messages Lighthouse Reef Scuba Dive Cabins
Great Blue Hole:
My dive here was fantastic. It starts with diving down into the deep black darkness. Going slowly down to almost 40 mete...
Messages Lars Hemel

Belize used to be a colony named British Honduras until 1964 when they became self-governing followed by total independence from Britain in 1981. It is a melting pot of cultures consisting of black descendents from African slaves and pirates often in one word named Creole. But also Maya, Mestizo (mixture of Spanish and Indian) and Garifuna influences cannot be forgotten. Its capital Belmopan was formed in 1961 when Belize City, the former capital, was completely devastated by hurricane Hattie. It still has the doubtfully honor to be the smallest capital in the world with only 7000 inhabitants. From Belmopan you can book all sorts of tours such as cave tubing and canopy walks, visiting the foothills of the Maya mountains, drive along the country's beautiful Hummingbird Highway to Dangriga or wander around Mountain Pine Ridge situated near San Ignacio. You can also visit some remains of Mayan culture at Altun Ha, Caracol, Xunantunich or at Tikal in its neighbor Guatemala. Belize is a place known for its wildlife which can be seen at reserves such as Cockscomb Basin Wildlife Sanctuary, Laughing Bird Caye National Park and in the Belize Zoo.

Ambergris Caye has spectacular wall diving and a five-square-mile national underwater wildlife sanctuary called Hol Chan Marine Reserve, established in 1987. From there all the way south to Dangriga and Placencia you will find a vast area of shallow water with numerous cayes of mangroves and white sand. Inshore atolls near Belize City such as Caye Caulker, Chapel Caye and St George Caye are exceptional places to be, brilliant for macro photography and available tours to all other places. Visitors having a larger budget should try visiting the offshore atolls Turneffe Islands and Lighthouse Reef, which includes two of the world's best dive sites the Blue Hole and Half Moon Caye Wall. These Belizean atolls including Glover Reef and Banco Chinchorro (Mexico) are built on top of shallow mountain ridges and are not formed because of volcanic activity like most Pacific coral reefs. These conditions have provided for massive corals, vase and tube sponges and huge coral pinnacles to form, creating some of the most protective and dramatic diving in the world. Offshore Dangriga offers well known diving spots such as Tobacco Caye and Glovers Reef. Gladden Spit about thirty miles east of Placencia marks the edge of the barrier reef and is a famous spot for visiting whale sharks and manta rays between April and June. The barrier reef continues to the south and even at Belize's most southern town Punta Gorda, secluded pristine diving is still possible.

Belize is home to the second largest barrier reef in the world, a UNESCO site of 350 miles long, spreading from the northeast tip of the Yucatan Peninsula in Mexico to Sapodilla Cay southwest of Placencia. All month are suitable for diving although the wet season from August to November can make certain dive sites inaccessible. The months October and November are however also the months that thousands of groupers move to the cayes' shallower waters to mate and leave their young. Seeing all those juvenile groupers peeking over the coral walls to the ocean outside deciding when to take the big step is a great sight. Besides the numerous coral fish Belizean waters are also known for wildlife such as manatees, turtles and American saltwater crocodiles. In one word a great dive destination with warm water temperatures averaging 80 to 85 degrees Fahrenheit (27 degrees Celsius). It is diving in shorts and I doubt it whether they have heard of neoprene suits in Belize.

Take a look at some of the other dive destinations.